Hey Players!
It’s been a long time coming but we are finally (seemingly) on a stable version of 1.16.1. In the process of trying to upgrade the server, I’ve gone down an endless rabbit hole of research in trying to get everything up-to-date. With my role as a server manager, from every new major Minecraft Version that Mojang releases, it’s necessary to do a --forceUpgrade or else things could get really messy with incompatibility. It’s also a responsibility to make sure all the various plugins are current or that any issues that get logged in the server console are mitigated. 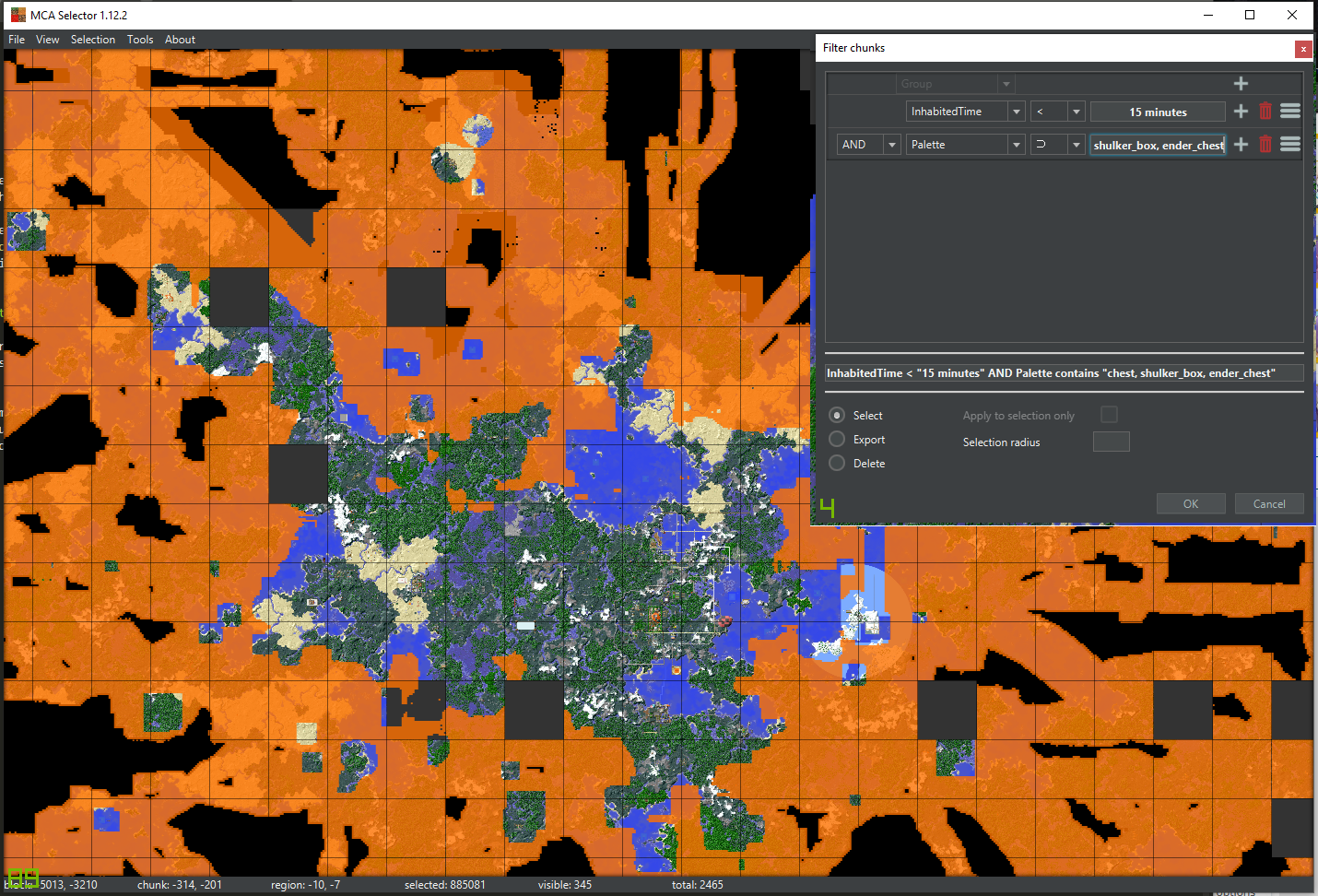 Over the span of this entire week, some frustration, many hours of research, long build times, and testing copies of your server, I’ve come across two amazing tools, mcaselector and Minecraft Region Fixer. With the help of these two applications, I was able to delete the corrupted chunks, and chunks that haven’t been explored for more than 15 minutes (areas that were likely not built upon but just passed through). To the best of my ability and eyes, I’ve double checked the chunks that weren’t selected and made sure your builds were not nuked. As you can see in the screenshot below, there were a ton of errors, and this is just for the overworld (not counting the Nether and End).

From the except below, I received many many errors with chunks having invalid positions, or even invalid tag ids. Through mcaselector, I was able to delete those chunks, but it would pop up again and again until I had used Minecraft-Region-Fixer. Just like a game of whack-a-mole, you can see that there were many occurences of this in the world, nether, and end dimension. If not for Region Fixer, it would have taken a month to properly upgrade the entire server. Thankfully the Minecraft community is good with their tools and these issues were eventually resolved.

It seems that over the years of this server running, from some potential neglect of our previous provider, certain areas of the world were indeed corrupted and causing us some large issues. There were crashes, times where our server ran out of space because Hosts would share the Xenecraft’s storage with other servers. There could have been hiccups with plugins, crashing when you visited certain areas, and other unfun things that even I may not even be aware about. Now with our host being DedicatedMC, there have not been any crashes or hiccups that could cause chunks to corrupt (plus newer version of Java Minecraft having better chunk saving support).

What does all this mean for you? Now, your experience should be much smoother with potential surprises.

If any issues happen to arise from this major upgrade, please don’t hesitate to contact us and we’ll try and figure it out.
-light